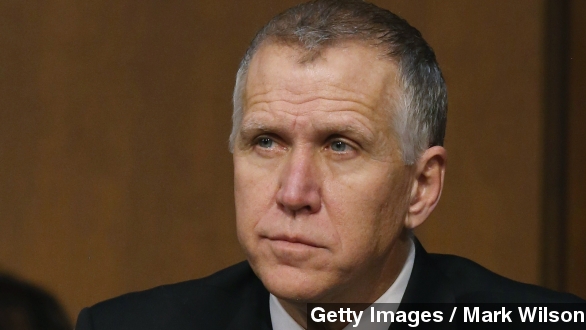 "I don't have any problem with Starbucks if they choose to opt out of this policy as long as they post a sign that says we don't require employees to wash their hands. ... Let them decide," Sen. Thom Tillis said.

In a speech at the Bipartisan Policy Center Monday, freshman Republican Sen. Thom Tillis from North Carolina said there are too many government regulations.

Now, we hear that a lot. But taking a stand against mandatory hand washing is more rare. Tillis says he'd rather customers, not the government, decide if a restaurant that doesn't require hand-washing should stay open.

Tillis' comment actually got a laugh from the crowd and seemed to be a lighthearted argument in the big government debate.

But a lot of people are taking the comment very seriously, especially because Tillis is also against required vaccinations. That issue has gotten especially heated in the last couple days.

"Did you really just say to Laura Ingram that you think most vaccines in this country should be quote voluntary?" Kelly Evans said.

"Well I guess being for freedom would be unusual. I guess I don't understand the point." Rand Paul said.

The vaccination debate has heightened in the wake of the current measles outbreak, and Republicans are split about how government regulation should play a role.

Restaurant workers are currently required by the FDA to wash their hands after using the restroom.