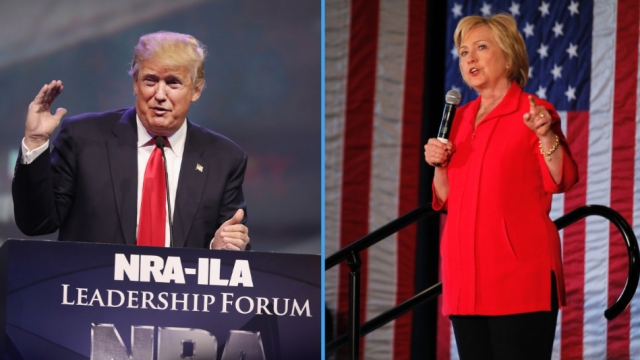 Another political model has predicted Hillary Clinton will beat Donald Trump in November.

Last July, the first prediction from Moody's Analytics for the 2016 presidential election said a Democrat was going to win. And the company has continued with that prediction since.

It works like this: Moody's Analytics breaks states down according to how the electoral college will vote and also uses the economy as a predictor for how an election will sway.

The good news for Republicans is we're still six months away from the election, and predictions deserve every grain of salt we can provide. The bad news? Moody's is remarkably reliable.

Moody's Analytics has correctly predicted who'll be president in every election since 1980 and has a 90 percent success rate in guessing state outcomes.

Which means swing states like Virginia and Ohio can be tricky.

But a recent Fox poll suggests Trump has a 3 point margin over Clinton. Voters interviewed said neither candidate is an ideal choice.

This video includes clips from WEWS, The New York Times and the U.S. National Archives and Records Administration and images from Getty Images.