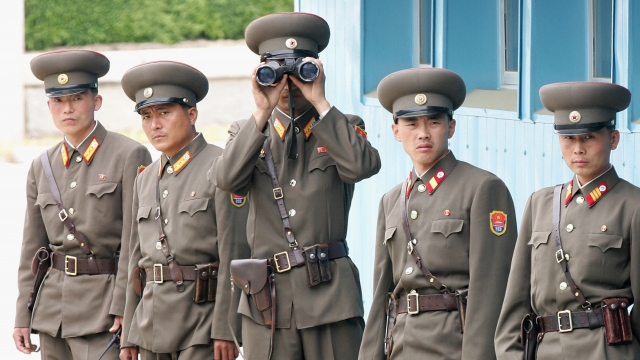 SMS
Another North Korean Missile Test, Another Failure
By Grant Suneson
By Grant Suneson
April 28, 2016
North Korea attempted back-to-back missile tests on Thursday, but neither was successful. The dictatorship has had a string of failures lately.
SHOW TRANSCRIPT

On Thursday, North Korea held another missile test, and once again it blew up in its face.

The South Korean Defense Ministry said an intermediate-range ballistic missile crashed into the ocean and exploded shortly after being launched. Hours later, another test of the same kind also failed.

This is becoming a trend for the communist dictatorship. Another missile failed to even take flight on April 15, the birthday of North Korea's founder, Kim Il Sung.

The repeated failures allow neighboring countries like South Korea to breathe a sigh of relief — for now. It's unknown whether the projectiles, known as Musudan missiles, are capable of carrying nuclear weapons.

But the string of failures likely won’t deter Kim Jong Un. He's set to appear before the congress of the ruling Workers' Party on May 6. Many think Kim will try use it to tighten his grip on the country's government, but a bad record of deploying weapons probably won't help in that mission.

South Korean President Park Geun-hye said there are signs North Korea will attempt another nuclear test before the congress. She condemned the recent missile launches and threatened that any further military posturing would result in sanctions.

Though it's not likely North Korea has a weapon that could reach the U.S., President Obama is keeping a close watch on the country, saying, "Although more often than not they fail in these tests, they gain knowledge each time they engage in these tests, and we take it very seriously."

This video includes clips from Korean Central News Agency, CNN, The Wall Street Journal and The White House and images from Getty Images.