Another Concern At The Ocean: Dirty Beach Sand 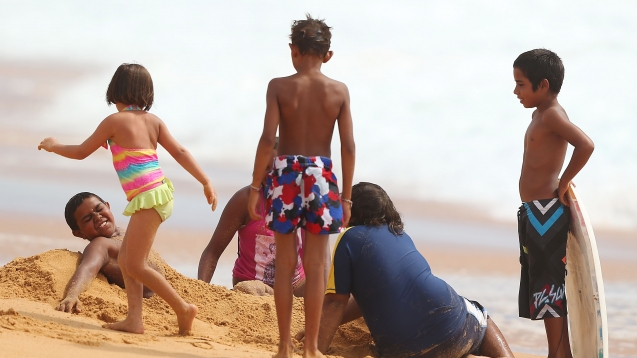 SMS
Another Concern At The Ocean: Dirty Beach Sand
By Becca Dunn
By Becca Dunn
July 24, 2015
A new study out of the University of Hawaii found more E. coli bacteria in beach sand than in the ocean water.
SHOW TRANSCRIPT

If you think you can protect yourself from danger at the ocean by staying on the sand, think again. A new study found that sandy beaches might not be as clean as you think.

Dr. Marc Frischer of Skidaway Institute of Oceanography in Georgia told WSAV, "There's about 100 times more bacteria in the sand, per the same amount of volume, as there was in the water."

That's right, sandy beaches are dirtier than the ocean waves.

A new study out of the University of Hawaii at Manoa found E. coli, known for causing abdominal problems, in beach sand due to sewage contamination.

The researchers found that the bacteria tends to decay more slowly on the beach than in the water.

ABC did its own experiment and took samples of sand from three different beaches to be tested at Stanford University. Its findings were similar to those in the study.

"It's not unusual. We find this bacteria in sand at beaches all over the country and all over the world," Dr. Alexandria Boehm told ABC.

To prevent getting sick from the sand, here are some tips: Keep a close eye on your children to make sure sand doesn't reach their mouth, keep your hands clean, and be aware of beach restrictions.