Another Baseball Fan Injured By A Foul Ball 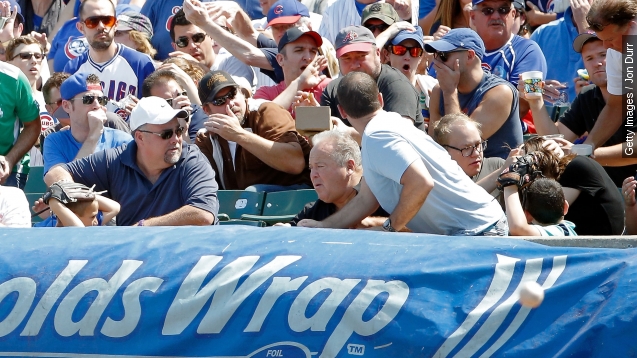 A Chicago Cubs fan was taken to the hospital after being popped by a foul ball Sunday afternoon.

It happened during the first inning of the Cubs' game against Atlanta. The game was stopped so medics could take the woman out on a stretcher.

Fans being hit by balls or bats is surprisingly common. Just Friday, a woman in Detroit was hit by a foul ball behind the dugout.

One study done by Bloomberg says 1,750 fans are hit by baseballs every year. (Video via ABC)

"They know they have a problem the fans don't appreciate and they can easily fix it," the plaintiff's attorney in the case told KNTV.

The commissioner's office released a statement saying the league is "in the process of reevaluating all issues pertaining to fan safety, comfort and expectations."

No word yet on how the woman hit Sunday is doing.