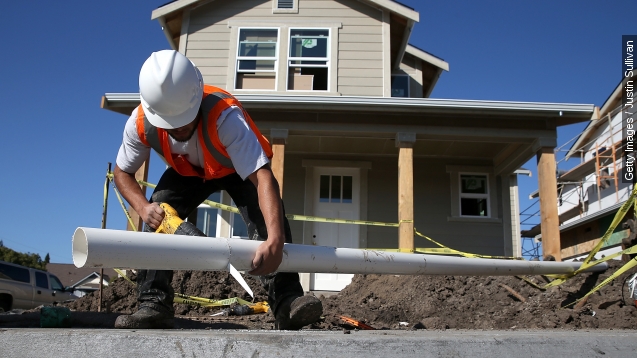 SMS
Another 200,000+ Jobs, Another Interest Rate Hike Prediction
By Cliff Judy
By Cliff Judy
August 7, 2015
With a jobs report roughly in line with Wall Street forecasts, the Fed's first interest rate hike in nearly a decade seems as close as ever.
SHOW TRANSCRIPT

July's jobs report is out, with yet another 200,000-plus jobs added. The actual numbers show employment increased an estimated 215,000 jobs, which is right about in line — if slightly below — Wall Street expectations.

The unemployment rate remained steady at 5.3 percent, with average hourly earnings going up a nickel to just shy of $25 an hour. (Video via KPIX)

This, of course, shifts the attention right back to the Federal Reserve, as many predict Janet Yellen will announce in September the first interest rate hike in nearly a decade. (Video via Federal Reserve System)

For some time now, the criticism of the jobs market has been hiring practices mostly centered around low-paying jobs. And there are still plenty of unemployed people who want work.

But a jobs report roughly in line with predictions could be enough to convince the Fed to make the interest rate move, especially since a quarter-percent hike likely wouldn't have a huge effect on the economy overall. (Video via Weaver Companies Inc.)

"Some people refer to this as the longest drumroll in the 102-year history of the Federal Reserve," IHS Chief Economist Dr. Nariman Behravesh told NPR. "I think they want to get this first hike out of the way, but I think after that, they're going to move very, very slowly."

The Labor Department says in the past three months, job gains have averaged 235,000 per month.

This video includes images from Getty Images and music from merlotBirocratic / CC BY ND 3.0.