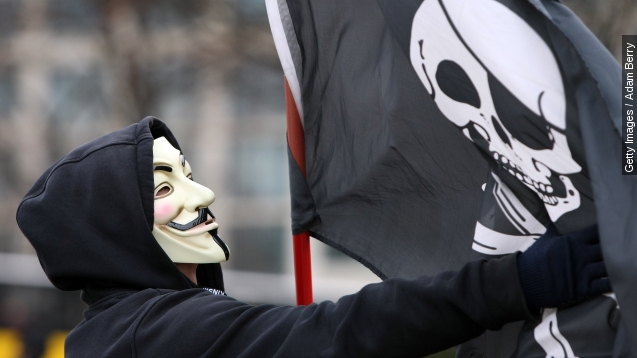 Activist hacking collective Anonymous disabled the website of the Royal Canadian Mounted Police after the RCMP shot and killed a protester.

Twitter accounts affiliated with the loosely organized Anonymous posted updates of the RCMP server being down and claimed responsibility for the cyberattack.

A couple days before, police responded to a disturbance at an informational meeting about the Site C dam project in Dawson Creek, British Columbia. When they arrived, police found a masked man outside. When the man refused to give up his knife, police fired.

In the days since, witness video of the shooting surfaced. A police watchdog group in British Columbia said the RCMP misidentified the victim and that the original masked protester had already fled the scene.

Although authorities confirmed that the shooting victim was wearing a mask, it's unknown if it was the Guy Fawkes mask associated with Anonymous protests. In tweets, the group claimed the victim was "one of our comrades."

Anonymous has also threated to identify the shooting officer and release other personal information — a process called "doxing."

The group also said that the protest of the Site C dam was organized by Anonymous. The dam has drawn ire from environmentalist groups, but the government of British Columbia still expects to move forward with the project that's projected to cost $8.8 billion Canadian.