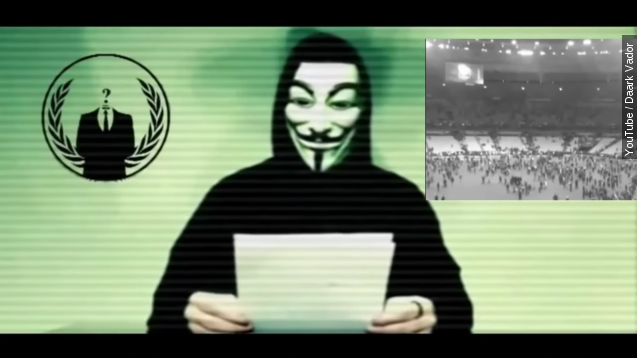 This is one of a couple of videos, apparently from hacker collective Anonymous, aimed at ISIS in the wake of the terror attacks in Paris. (Video via Daark Vador)

A masked person read, "We will launch the most important operation ever carried out against you. Prepare yourself for a multitude of cyberattacks."

Twitter accounts associated with Anonymous have also made pledges to attack the group, which is notoriously active on social media.

The collective claims to have flagged more than 100,000 ISIS accounts in all.

One #OpISIS volunteer told Foreign Policy, "We believe that all of us combined we can show the world that ISIS does not have as much power as it claims it does."