Anne Frank's Stepsister: Donald Trump Is Acting 'Like Another Hitler' 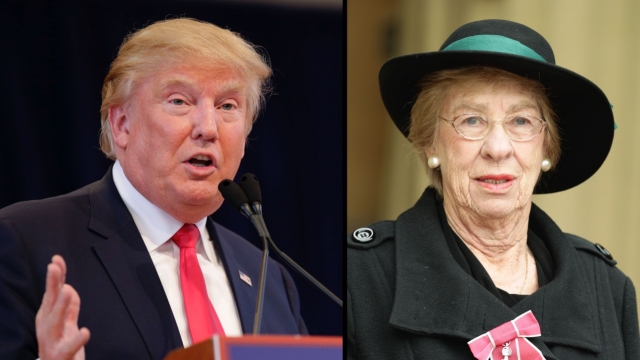 Trump was not the focus of Eva Schloss' opinion piece published in Newsweek Wednesday. Her topic compared the Syrian refugee crisis to what she experienced during World War II. (Video via United Nations)

But while addressing the U.S.' lack of aid in the Syrian refugee crisis, she said: "If Donald Trump become[s] the next president of the U.S., it would be a complete disaster. I think he is acting like another Hitler by inciting racism."

Schloss did not explain her comparison any further, but it's likely she was referencing Trump's proposed ban on Muslims traveling to the U.S. (Video via CNN)

The Trump campaign did not immediately respond to several outlets' questions about Schloss' comments. Trump is currently the Republican party's front-runner. (Video via Fox News)