Ann Coulter's Book Says Trump Can't Change On Immigration, Then He Did 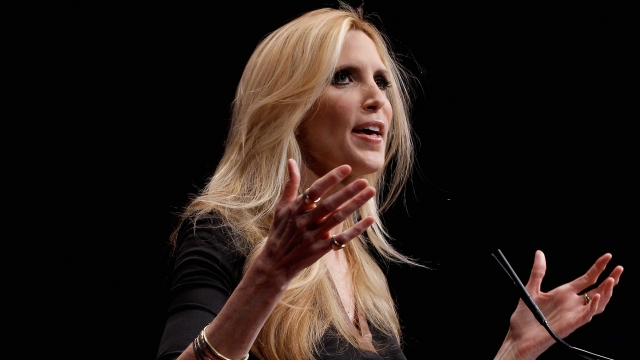 After making a hard-line stance on immigration the centerpiece of his campaign, Donald Trump is now saying he basically wants to keep things the way they are now.

Trump's pivot is turning a lot of attention toward one Trump supporter in particular. Ann Coulter just released a book called "In Trump We Trust," detailing why a Trump presidency would be great for the U.S.

On the very first page, Coulter complains about what she perceives as the decline of American exceptionalism and says: "There's nothing Trump can do that won't be forgiven. Except change his immigration policies." Whoops.

Coulter seemed pretty steamed about Trump veering away from his old immigration plan, sarcastically tweeting, "Well, if it's 'hard,' then nevermind." But that doesn't mean Coulter is done with Trump.

She told BusinessWeek reporter Joshua Green that she supports Trump "like the people of North Korea worship their dear leader — blind loyalty. Once he gave the Mexican rapist speech, I'll walk across glass for him."