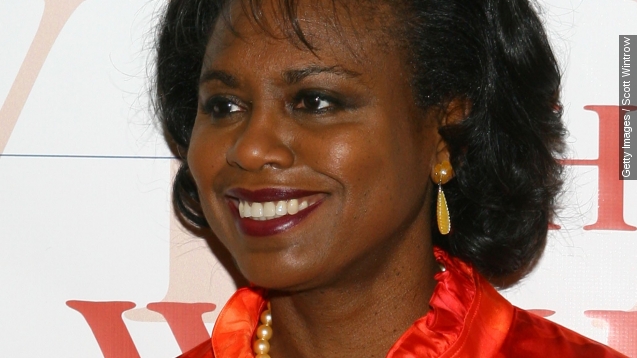 SMS
Anita Hill's Testimony Could Resurface If Biden Runs
By Samantha Crook
By Samantha Crook
October 14, 2015
Joe Biden might have to address his involvement in the Anita Hill sexual harassment testimony against Clarence Thomas if he runs for president.
SHOW TRANSCRIPT

Joe Biden hasn’t announced if he'll run for the Democratic nomination, but if he does the Anita Hill testimony against Clarence Thomas will likely resurface.

It’s been 24 years since Hill testified against her former boss. In 1991, she accused Thomas of sexually harassing her when they worked at the Equal Employment Opportunity Commission. (Video via C-SPAN)

"My working relationship became even more strained when Judge Thomas began to use work situations to discuss sex," Hill said during a hearing. (Video via PBS)

Biden played a key role in the long, painfully explicit hearings. At the time, he was the Senate Judiciary Committee chairman.

"Is it reasonable to say that it was your hope and expectation that it would not come to this?" Biden said.

"This is exactly what I did not want," Hill said.

Some criticized Biden for not allowing witnesses and evidence to be considered that might have supported Hill's claims. (Video via C-SPAN)

While Biden tried to appear neutral, some thought his questioning was insensitive, and he became the face of an all-white, all-male committee interrogating Hill's credibility.

A significant amount of time has passed since the hearings, which helps Biden if he decides to run. And it seems like Hillary Clinton's camp will leave the issue alone, which would work in his favor. (Video via Hillary for America)

A spokesperson for Clinton's campaign told Politico that trying to bring up the hearings against Biden was "a trumped-up story intended to spark a fight."

And Hill herself is unlikely to get involved. (Video via Fortune)

On the eve of the 24th anniversary of the testimony, she didn't mention the questioning during a speech she gave.

"You know what, this was an event, it was an important event. It has helped to shape my life, but it is just an event. It's not me," Hill said in an address at Hunter College.