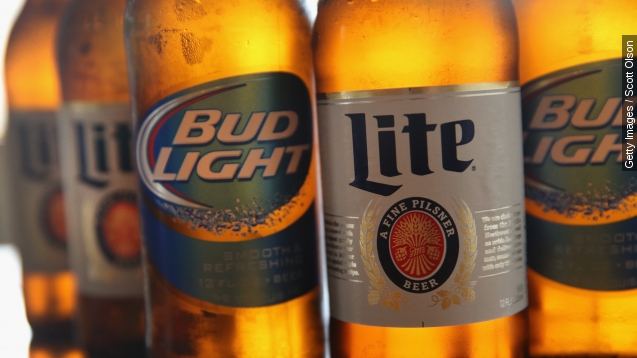 Now, there's no questioning whether Anheuser-Busch InBev sits atop the beer throne.

On Wednesday, the company announced the finalizing of its $105 billion buyout of SABMiller.

The two companies had already reached an agreement in principle about a month ago, and only a couple key questions had been left unanswered. (Videos via Annheuser-Busch InBev and SABMiller)

One was if SABMiller's two largest shareholders would accept an agreement. But the two parties — American tobacco corporation Altria and the Santo Domingo family of Colombia — have agreed to the deal.

The other question being what kind of anti-trust action, if any, the U.S. Justice Department would take to chip away at the new beer superpower.

Now, reports say SABMiller is going to sell 58 percent of its stake in MillerCoors to Molson Coors, the Denver-based brewer, for $12 billion. (Video via MillerCoors)

That deal is still dependent on the Anheuser-Busch InBev transaction getting approval from all of SABMiller's shareholders. But if that happens, Molson will get the rights to Miller High Life, Miller Lite and Miller Genuine Draft internationally. (Video via SABMiller)