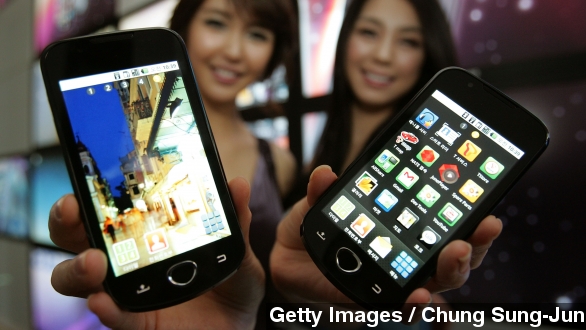 Google's Android operating system may not be having a problem raking in users but it is struggling to turn a profit.

Google's Android accounted for a measly 11.3 percent of the market's profits, while Apple's iOS accounted for 88.7 percent, according to research from Strategy Analytics. That means iOS has taken almost 20 percent of Android's market share from last year.

What makes this divide so strange is that the ownership divide of the market is pretty much the opposite.

Android owns 76.6 percent of the market while Apple owns just 19.7 percent, according to research firm IDC.

It seems odd at first but it all adds up to dramatically different philosophies on how the two companies handle their products.

Apple keeps an iron grip on iOS. There is only one manufacturer selling Apple phones and tablets — which is Apple, of course — and looking at the numbers, that tight control has paid off.

Google, on the other hand, has several different manufacturers creating Android devices and adapting the OS to fit their needs. So Google essentially has Android phones competing against each other, making it hard for companies to generate a sizeable profit.

Samsung, which at one point accounted for 95 percent of Android sales, is losing ground to Apple and saw sales drop 36 percent last year.

However, Samsung will likely get a sales jump when it launches the next version of the Galaxy, its top-of-the-line Android smartphone. The company is unveiling the product next week and will likely start selling later this year.

It's also worth mentioning that those two companies pretty much own the entire market. Efforts from competitors like Blackberry and Microsoft have been unable to make a dent in the industry.

Google might have lost ground but profit in the smartphone business as a whole is actually up 31.4 percent from last year.