Android Has The Numbers To Send Mobile Payments Mainstream 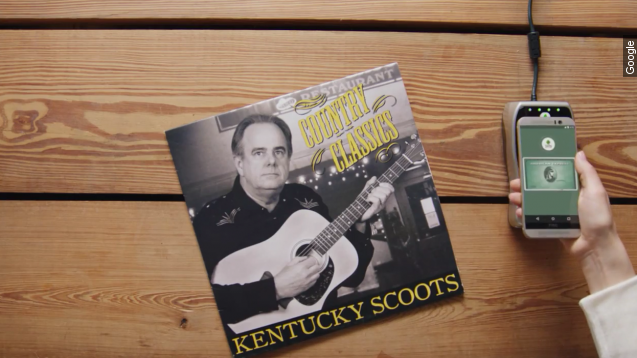 SMS
Android Has The Numbers To Send Mobile Payments Mainstream
By Evan Thomas
By Evan Thomas
May 29, 2015
Android Pay could become twice as widespread as Apple Pay, thanks to its market share alone.
SHOW TRANSCRIPT

And while it arrives more than half a year behind Apple's equivalent, Android Pay could still give the wireless payment industry a big shot in the arm — because when you get down to it, it's a numbers game. (Video via Google)

Google says Android Pay will show up at 700,000 retail locations when it goes live later this year, and will play nicely with 13 financial institutions and the three big wireless carriers. (Video via Google)

Android Pay uses tech from Softcard, the joint payment effort Verizon, AT&T and T-Mobile put together back in 2013. Google acquired its intellectual property in February and rolled it into its mobile OS. Now, Android Pay will ship preinstalled on carrier phones.

Android Pay will require a phone running KitKat or newer, which highlights a problem Apple Pay has never really had. iOS isn't nearly as fragmented, and a writer at ZDNet says that's probably helped. (Video via Apple)

"Indications are that Apple Pay is doing quite well, likely due to the singular platform for all iOS devices and the high level of marketing from Apple."

But Android's market share is enormous. Even after fragmentation is accounted for, 49.5 percent of current phones should be able to run Android Pay.

But phones are only half of the payments game. You have to have the point-of-sale infrastructure — the card readers — to wave them at. Silicon Angle notes this is an area where U.S. retail "trails the rest of the Western world." (Video via CNN)

That said, the market is expected to take off. Analysis from Business Insider suggests U.S. NFC payments will grow by more than 50 percent every year through 2019.

Android Pay, meanwhile, is expected to launch at some point this summer.

This video includes images from Getty Images and music by Pe2ny / CC BY NC SA 3.0.