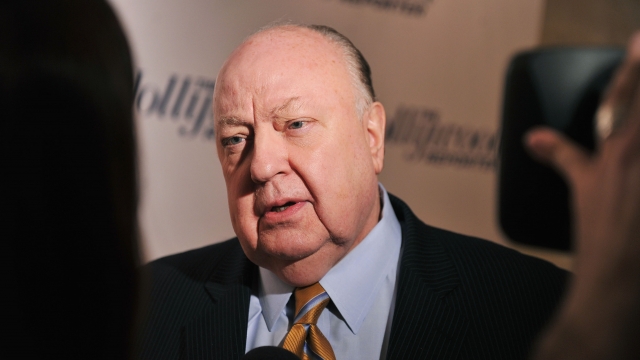 Her suit says the news network "operates like a sex-fueled, Playboy Mansion-like cult, steeped in intimidation, indecency and misogyny."

Similar to allegations in Carlson's lawsuit, Tantaros says she was demoted after rebuffing harassment from then-network CEO Roger Ailes.

Her complaint is about more than sexual comments and inappropriate remarks. She says she was told she couldn't wear pants on the air — and the reason was, "Roger wants to see your legs."

The lawsuit, filed against the network, Ailes and four other Fox News employees, alleges the inappropriate comments started at the beginning of her employment with the network but turned into a "nightmare" in 2014.

Beyond those named as defendants, Tantaros also calls out fellow Fox employees John Roberts and Bill O'Reilly and former Massachusetts Sen. Scott Brown, who was a guest on her show "Outnumbered."

Brown has denied the allegations, tweeting, "As a survivor of sexual abuse, I would never perpetuate language or actions as described in FOX complaint. Actions referenced are fabricated."

A spokeswoman for Fox declined to comment on the suit to The Washington Post, citing the pending litigation.

Since Carlson's lawsuit, multiple women have come forward with allegations about sexual harassment at Fox News, but Tantaros is the only other person to file her own lawsuit so far. She is asking for at least $49 million in damages.