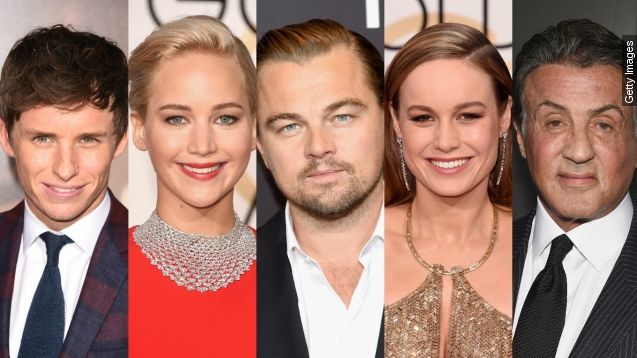 And the Oscar may go to ... "The Revenant." The film tops this year's 2016 Oscars nominations list with 12 nods. The 88th Annual Academy Awards may be the place the star of "The Revenant," Leonardo DiCaprio, could earn his first Oscar.

Up for Best Actor in a Supporting Role are Christian Bale, Tom Hardy, Mark Ruffalo, Mark Rylance and Sylvester Stallone — all competing for the golden statue.

And finally, what we've all been speculating about for the past year — Best Picture nominees. This year, it's a group of eight fighting for the top prize. Those nominees are "The Revenant," "The Big Short," "Mad Max: Fury Road," "The Martian," "Room," "Bridge of Spies," "Brooklyn" and "Spotlight."