And The Coveted Putin Endorsement Goes To … Donald Trump! 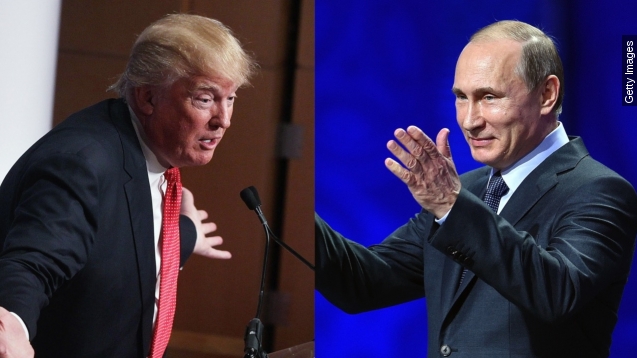 "He should be president of the United States, that's what he should be," Mike Tyson told The Huffington Post.

"I love Donald and he would make a great president," entertainer and Obama critic Wanye Newton told Fox News.

But the weirdest one has to go to ... Russian President Vladimir Putin.

"He is a very bright person, talented without any doubt. It is not our business to assess his worthiness, but he is the absolute leader of the presidential race," Putin said in a press conference.

And Trump seems to be all about it.

Trump released a statement saying, "It is always a great honor to be so nicely complimented by a man so highly respected within his own country and beyond."

So it looks like Trump is at least right about one thing.

"I think I'd get along very well with Vladimir Putin. I just think so," Trump said back in July.