Ancient Babylonians Might Have Used Geometry To Track Jupiter 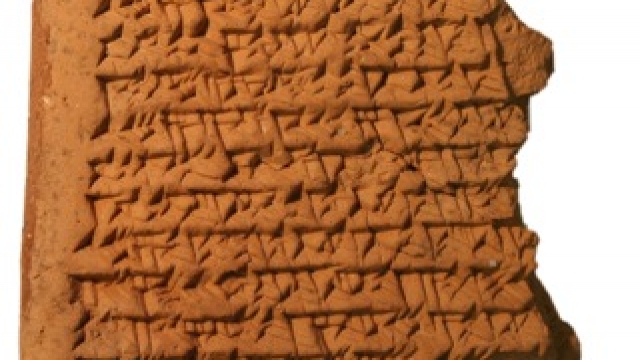 SMS
Ancient Babylonians Might Have Used Geometry To Track Jupiter
By Ben Lawson
By Ben Lawson
January 29, 2016
Scientists think Babylonians discovered a method for tracking planets about a thousand years before it was developed in England.
SHOW TRANSCRIPT

A new discovery shows ancient Babylonians had a surprisingly sophisticated method for tracking how Jupiter moves across the sky. (Video via NASA)

Last year, a researcher came across a cuneiform tablet that appeared to match up with four others that date between 50 B.C. and 350 B.C. They all depicted the same trapezoidal shape that represents the speed that Jupiter moves across the sky over a 60-day period.

This is such a big deal because it was previously believed this technique wasn't invented until more than a thousand years later in 14th century Oxford and Paris.

So why Jupiter? The city of Babylon had a patron god, Marduk, who is often identified with Jupiter.

So it's believed the tablets were created by priests in Marduk's temple who were pulling double duty as astronomers.