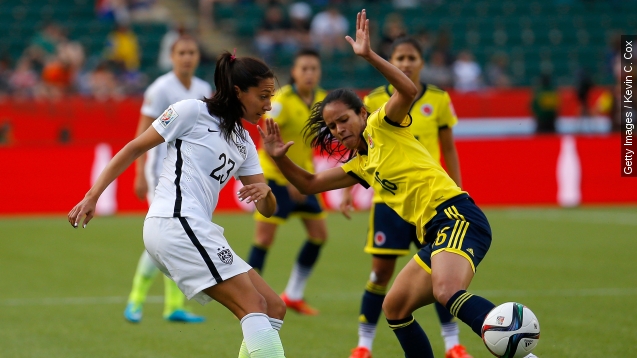 During Monday's USA-Colombia Women’s World Cup soccer game, Benoit tweeted a rather controversial observation, saying, “Women are every bit as good as men in general, better in many aspects, their sports are just less entertaining. TV ratings agree, btw.”

He continued, in tweets that have since been deleted, that “women’s sports in general not worth watching.”

According to Sports TV Ratings, Benoit couldn't be more wrong. The game he was tweeting about actually set a new ratings record for Fox Sports 1 with 4.7 million viewers tuning in to watch the game.

The comments outraged people on Twitter, with fans coming to the defense of women’s sports. Some pointed out Canada’s Women’s World Cup game had more viewers than the National Hockey League's Stanley Cup final.

ESPN's Keith Olbermann even called Benoit the "worst person" in the sports world:

"Never mind the sexism and the condescension and everything else. Use the Google next time!"

Benoit later tweeted an apology after receiving backlash on social media: "My sincere apologies for last night’s senseless tweets. I got carried away responding to playful ribbing. ... 100% mistake on my part, for which I’m deeply sorry."

Sports Illustrated has not said if he'll be punished for the tweets.