An Obama Endorsement Will Change The Race (If It Happens) 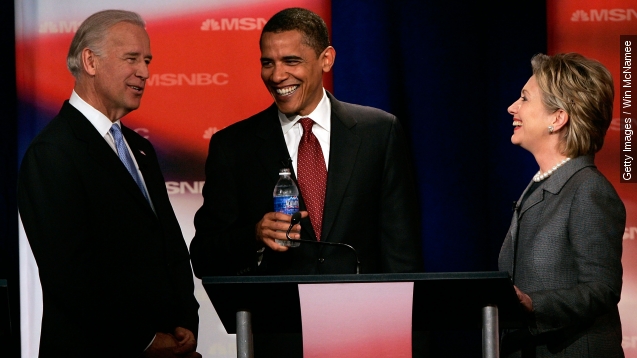 SMS
An Obama Endorsement Will Change The Race (If It Happens)
By Eugene Daniels
By Eugene Daniels
October 16, 2015
Presidents are known for holding off on endorsing candidates until late in the primary season.
SHOW TRANSCRIPT

"I will have a vote like everybody else as a citizen, and that ballot's private. I don't have to share my views about that right now because I think it's important for the American people to make their own decision," President Obama said in a press conference Friday.

There's been plenty of coverage on when or if President Obama will endorse anyone vying for his job, and he's continued to be, at the very least, coy about the subject for months.

But it's not uncommon for presidents to hold off on backing a successor at the beginning of the primary process.

President George W. Bush didn't endorse Sen. John McCain until March, and President Reagan didn't even endorse his own vice president until May of election year.

No matter when it's done, a presidential endorsement helps a front-runner clinch the nomination.

Despite McCain's efforts to distance himself from President Bush, the endorsement helped McCain shore up support from conservative Republicans, most of whom were backing other candidates during the primary. (Video via C-SPAN)

And in Bush 41's case, it took less than a week for televangelist Pat Robertson to drop out after President Reagan threw his support behind his veep. (Video via George Bush Presidential Library & Museum)

But a President Obama endorsement could be a harder one to come by at all this election. If Vice President Joe Biden joins the race, Obama will be stuck between two figureheads from his administration. (Video via The White House)