An Independent Trump Could Be In The Cards 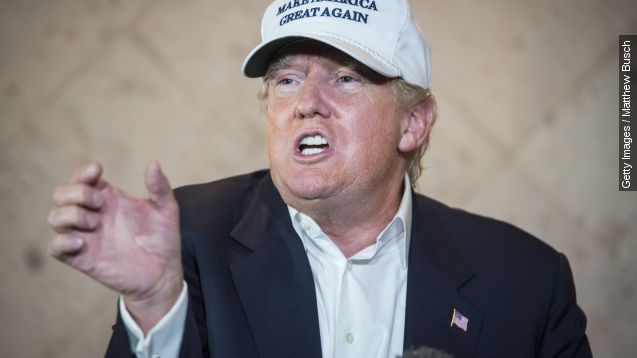 SMS
An Independent Trump Could Be In The Cards
By Kate Grumke
By Kate Grumke
July 24, 2015
Donald Trump is threatening to run for president as an independent, saying the GOP hasn't been very fair.
SHOW TRANSCRIPT

Donald Trump has threatened to run as an independent if things don't go his way with the Republican Party.

In an interview with The Hill, he said: "So many people want me to, if I don't win ... I'll have to see how I'm being treated by the Republicans."

Until now, Trump has resisted calls to run as an independent.

"The best way of defeating the Democrats, and probably Hillary – I think it's going to be Hillary – is to run as a Republican. If I do the third-party thing it would be, I think, very bad for the Republicans," said Trump.

But Trump said the RNC has been "foolish" and "not very fair." Following his comments about Mexican immigrants, the head of the RNC reportedly asked Trump to tone down his controversial rhetoric.

And, after Trump's comments about John McCain, the GOP said in a statement, "There is no place in our party or our country for comments that disparage those who have served honorably."

Despite the pushback, Trump is leading many GOP polls. (Video via NBC)

"I think that candor, I think voters are really hungry for, and outside of Washington I think there's a section of the Republican Party that that really resonates with," said The Hill reporter Kevin Cirilli.

For now, Trump is sticking with the GOP. On Aug. 6, the top-10-polling Republican candidates will have their first debate on Fox News, and it looks like Trump will easily qualify.