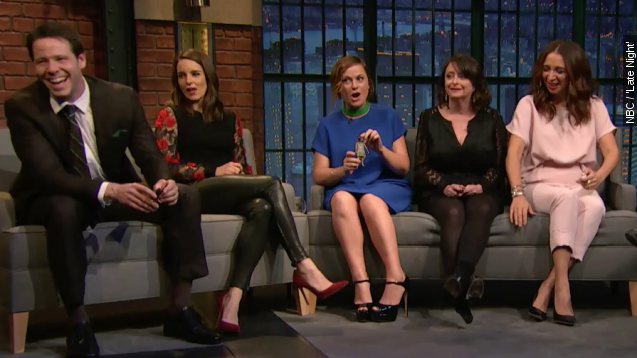 Most movies are probably going to have a rough time at the box office this weekend because, you know ...

Which is bad news for the cast of ""Sisters." That movie hits theaters the same day as "Star Wars: The Force Awakens." So you'll forgive Amy Poehler, Tina Fey and the rest of the cast for getting a little sick of the hype.

"I don't care about 'Star Wars,' and I never did!" said Amy Poehler.

"I will never know the touch of a real woman. Please go see 'Sisters.' I don't have feet," said Maya Rudolph.

So if you don't want to see the same thing everyone else is seeing this weekend, go see "Sisters." Just be prepared to fight your way through a whole crowd of this.