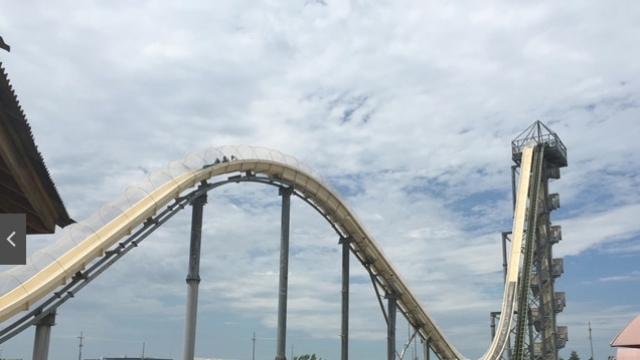 "We are saddened to share that a young boy died on Verruckt this afternoon," said Winter Prosapio, Schlitterbahn Water Parks & Resorts spokeswoman.

That 10-year-old boy died on the world's tallest water slide at Schlitterbahn Water Park in Kansas City, Kansas, on Aug. 7.

It was one of four amusement park accidents reported across the U.S. in the second week of August alone.

Even though some of the rides were reportedly inspected weeks and even days before the incidents, the accidents highlight the inconsistencies in amusement park oversight.

The federal government used to regulate amusement parks. But for the past 35 years, major parks have been exempt from federal oversight. Regulating rides is left up to state and local governments.

CNN reports Jim Prager is a former Six Flags executive who worked to get Congress to exempt major parks from federal oversight. He's had a change of heart.

"We haven't done enough to make rides safe, and we should do more," Prager said.

A look at the U. S. Consumer Product Safety Commission's database of state and local amusement park oversight agencies shows just how much regulations vary.

Some states leave oversight up to local governments, while other states have no regulations.

NBC reports "permanent rides" at parks in Kansas only need to be inspected once a year, per state law. The inspections are conducted by private companies hired by the parks, though the state can conduct random inspections.

According to the Topeka Capital-Journal, there are no records of state inspections since the water slide opened in 2014. Schlitterbahn has provided the state agency with documents showing the ride was inspected in June.

Traveling rides, like those at fairs or carnivals, are subject to Consumer Product Safety Commission regulations.