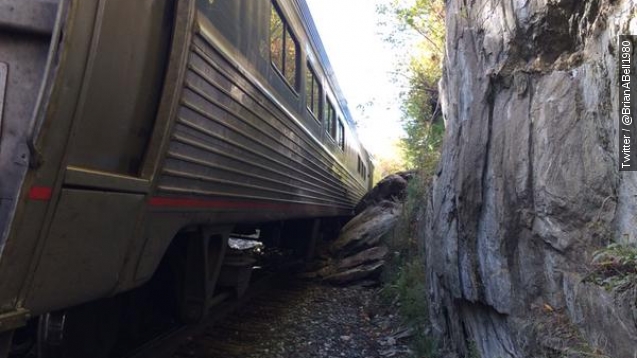 Emergency crews are on the scene of an Amtrak train derailment in central Vermont.

According to the Montpelier fire department, several train cars derailed Monday morning in a small town 20 minutes southwest of the state's capital. Two cars went over an embankment.

It's unclear exactly how many people were hurt, but officials told NBC at least four were reported injured.

Shortly after the accident, Amtrak said in a statement on Twitter the company was aware of the derailment and emergency personnel were on the scene.

According to NBC, state police and Federal Railroad Administration investigators were on their way to the scene late Monday morning.