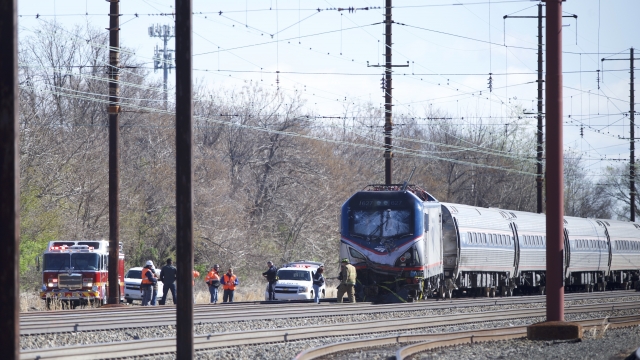 Two people were killed, and more than 30 injured after a train derailed outside of Philadelphia on Sunday morning.

Amtrak train No. 89 was traveling from New York City to Savannah, Georgia, when it hit a piece of heavy equipment on the tracks, causing the lead engine to derail around 8 a.m.

So far there's no word on why the train was traveling in an area where construction was taking place.

"It was an explosion; we got off track and then it was like a big explosion, then it was a fire and then the windows burst out and some people were cut up," a passenger told WPVI.

Nearly 350 people were on board train No. 89. Those injured were taken to hospitals with non-life-threatening injuries.

Service was temporarily suspended between New York City and Philadelphia but was resumed with a limited capacity by Sunday afternoon.