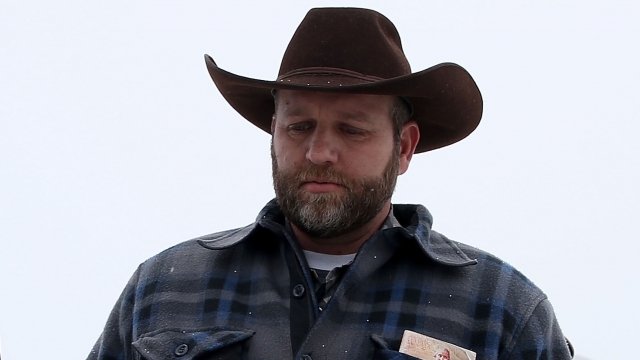 SMS
Ammon Bundy, Other Oregon Militia Members Indicted
By Grant Suneson
By Grant Suneson
February 3, 2016
Ammon Bundy and at least 10 of his supporters have been formally indicted, but we don't know what the charges are because the indictment is sealed.
SHOW TRANSCRIPT

Federal prosecutors have indicted Ammon Bundy and at least 10 others for their roles in the Oregon wildlife refuge takeover.

The exact charges are still unknown. The indictment was sealed, so we don’t know exactly what the militants are facing, but an earlier criminal complaint charged those involved with conspiracy to impede federal officers.

The judge in the case told prosecutors to give the defense a copy of the paperwork within the next 24 hours, but Bundy’s attorney Mike Arnold thinks he should've gotten a copy immediately. (Video via KOIN)

But a federal public defender told reporters the reason for all the secrecy is that "there are likely other people who are included that they don’t want to (reveal) yet."

There are reportedly four occupiers who remain at the Malheur National Wildlife Refuge. The arraignment for the occupiers who have already been arrested is scheduled for Feb. 24.