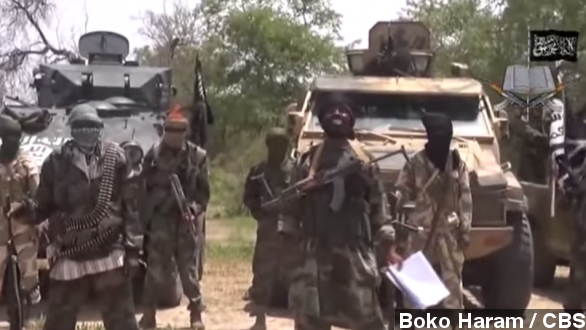 Nigeria is postponing presidential elections because of security concerns - specifically about Boko Haram.

The elections were scheduled for February 14. Now the country's voting commission says it's pushing the vote back to March 28.

Boko Haram has reportedly killed more than 10,000 people since 2009. The terror group currently controls a large area in the northeast corner of the country and has recently started to push past Nigeria's borders, attacking towns in Niger and Cameroon. (Video via TVC News)

Nigeria's President, Goodluck Jonathan, is running for re-election. Boko Haram is an important issue in these elections. Many Nigerians are frustrated with Jonathan's inability to combat the group.

Particularly, his botched response after Boko Haram kidnapped more than 200 schoolgirls. It took him three weeks after the kidnappings to make a statement, and he didn't meet with the families of the girls for another three months.

The other frontrunner in the election is Muhammadu Buhari, who ran the country for a little over a year after a military coup in the '80s. Some hope his military background could help push out Boko Haram. (Video via Sahara TV)

And on Twitter, many people asked if the Nigerian government couldn't beat Boko Haram in six years, what will six more weeks do?