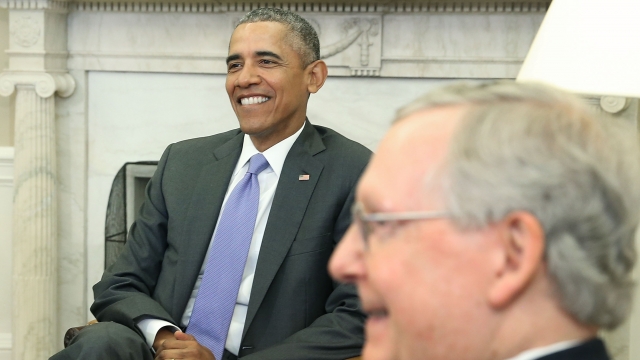 The CNN/ORC poll found 58 percent of Americans think Obama should nominate someone, while 41 percent said the seat should remain vacant.

When the poll asked what the Republican leadership in the Senate should do in response to a nomination, respondents were much more in favor of the Senate holding hearings than not — 66 percent to 32 percent.

President Obama has said he will nominate someone to the Supreme Court soon, but Senate Majority Leader Mitch McConnell said the seat should remain unfilled "until we have a new president."

On Tuesday, Obama and Vice President Biden met with Senate leaders about the vacancy, but the meeting ended without a breakthrough.