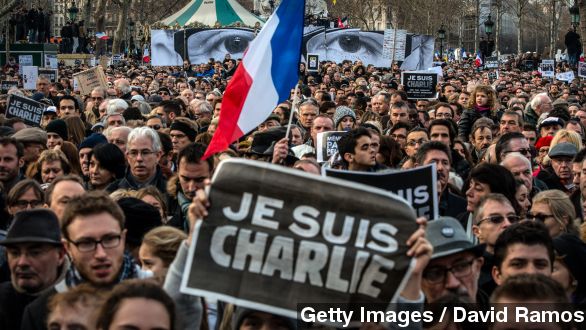 When it comes to the intersection of religion and press freedom in the U.S., most Americans said French magazine Charlie Hebdo had the right to publish the cartoons that lead to an attack on its Parisian office.

According to a study from the Pew Research Center, 60 percent of respondents said the magazine was in the right, while only 28 percent said the cartoons should not have been published.

Of the people surveyed, more white respondents than non-white said publishing the cartoons was okay.

A poll conducted by USA Today and CNN/Gallup in 2006 showed 61 percent of respondents thought European newspapers that printed cartoons depicting the Prophet Muhammed were acting irresponsibly by doing so.

That same 2006 poll showed the majority of respondents blamed the newspaper controversy on "Muslims' intolerance of different viewpoints" rather than "Western nations' lack of respect for Islam."

NBC reported Saturday that Charlie Hebdo will postpone the publication of its next two issues to give the magazine's staff time to grieve.