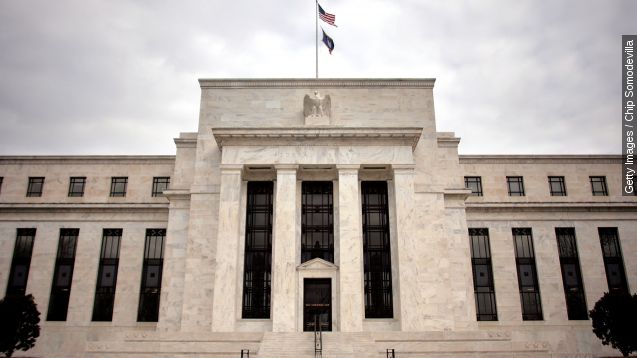 SMS
Americans' Net Worth At $85T, But Who Has It?
By Jake Godin
By Jake Godin
June 12, 2015
A new report from the Federal Reserve has revealed U.S. household net worth has risen to almost $85 trillion. So what does that mean?
SHOW TRANSCRIPT

Americans, as it turns out, have a lot of money. (Video via U.S. Department of the Treasury)

A new report from the Federal Reserve revealed household net worth in the U.S. went up by about $1.6 trillion between January and March. That puts our total net worth at $84.9 trillion.

A good chunk of that increase came from real estate ($503 billion) and household-owned stocks and mutual funds ($487 billion).

Seeing as how the Federal Reserve’s report is about 180 pages of charts and numbers, the figures coming from it may seem a little alien to some folks. So what do they mean?

Essentially, Americans as a whole are doing well, financially speaking. Especially considering where we were a decade ago.

But as MarketWatch’s Rex Nutting points out, the Reserve’s report doesn’t give us the entire picture. While the numbers may look good in the aggregate, we don’t know who exactly is currently doing well.

The knock on the economic recovery for some time now has been as the top earners continue to grow their wealth, job growth has largely come from low-wage positions and the middle class is stagnant.

To find out who’s doing well, Nutting says we’ll need to wait years. But for a hint, one only needs to look at how well those who own stocks did.

The majority of those stocks are owned by the top 10 percent of Americans, according to research by New York University economist Edward Wolff. (Video via Instituto Valenciano de Investigaciones Económicas)

But also up was household net worth as a share of personal disposable income, which was at 639 percent. That’s 10 percent higher than a year ago and the highest it’s been since before the Great Recession.