America Could Wait Longer Than Expected For Next Manned Spaceflight 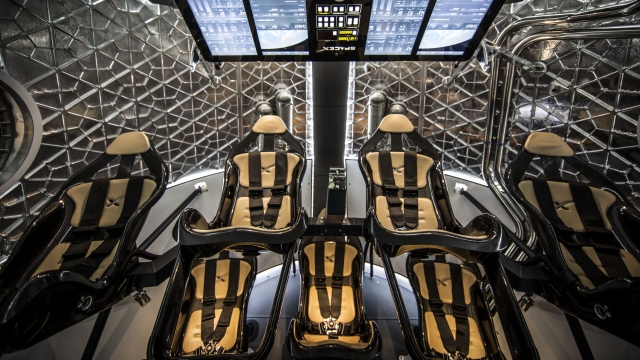 SMS
America Could Wait Longer Than Expected For Next Manned Spaceflight
By Evan Thomas
By Evan Thomas
September 9, 2016
NASA's commercial partners are slow to meet engineering requirements for crew-carrying spacecraft — and their rockets sometimes explode, too.
SHOW TRANSCRIPT

Astronauts haven't launched to space from U.S. soil since the space shuttle program ended in 2011. Optimistically, there was only supposed to be a six-year gap before commercial companies could start launching manned flights to the International Space Station in 2017.

But that timeline is looking doubtful. Boeing has pushed back its first manned launch to 2018, citing engineering challenges. SpaceX is going to be delayed — probably for months — while it investigates a recent explosion.

The explosion did major damage to the pad at Space Launch Complex 40, so the company won't be launching from there anytime soon. When Orbital ATK lost a rocket just after launch in October 2014, it took a year to refurbish the pad.

But even before SpaceX's launch troubles, NASA's inspector general found both SpaceX and Boeing are still having trouble meeting the safety requirements of the commercial crew program.

NASA thinks the first commercial crews won't fly until 2018, and has bought more seats aboard Russian rockets until then. The explosion might as well have been an expensive exclamation point.

For what it's worth, SpaceX's progress with its Crew Dragon capsule doesn't appear to have changed yet. An unmanned launch to the ISS is still scheduled for May 2017.