Americans Haven't Been This Afraid Of Terrorism In A Decade 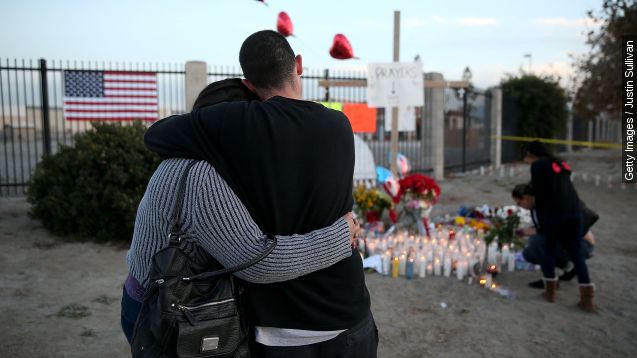 SMS
Americans Haven't Been This Afraid Of Terrorism In A Decade
By Kate Grumke
By Kate Grumke
December 15, 2015
Multiple polls show terrorism is at the front of Americans' minds after multiple high-profile terror attacks around the world.
SHOW TRANSCRIPT

Americans are more afraid of terrorism than they've been in a decade, according to multiple polls taken after the attacks in San Bernardino and Paris.

Sixteen percent of Americans named terrorism as the most important problem facing the country — more than the economy, government and guns.

This is the highest terrorism has registered in a decade, according to Gallup, but it's still much lower than numbers collected after the Sept. 11, 2001, attacks, which peaked at 46 percent.

At the same time, views of how the government is handling terrorism are plunging.

For the first time since 9/11, more Americans now say the government isn't doing a good job reducing the threat of terrorism, according to Pew.

But Pew notes Americans are still almost evenly divided over whether or not they think there's a connection between Islam and violence, which hasn't changed much in the past decade.