Americans Are More Divided Than Ever On Climate Change 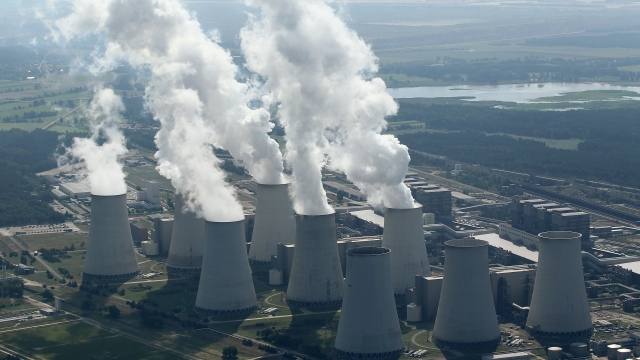 SMS
Americans Are More Divided Than Ever On Climate Change
By Briana Koeneman
By Briana Koeneman
October 5, 2016
Americans' views on the subject are largely shaped by their chosen political party, not scientific knowledge, according to a new survey.
SHOW TRANSCRIPT

Americans are more divided than ever when it comes to the causes and solutions to climate change.

And according to a new survey, their views are largely shaped by their chosen political party, not by their scientific knowledge.

Of the more than 1,500 people the Pew Research Center surveyed, 36 percent said they are deeply concerned about climate change.

SEE MORE: Earth's Carbon Dioxide Levels May Have Passed The Point Of No Return

Democrats accounted for a little more than 70 percent of that group, while only about 25 percent of Republicans thought the same.

The differences get more striking from there. Close to 80 percent of liberal Democrats said they believe climate change is primarily caused by human activity.

But almost 85 percent of conservative Republicans thought otherwise, even though the vast majority of scientists agree that humans are to blame.

Scientists say climate change has increased global temperatures 1.7 degrees Fahrenheit since 1880 and that carbon dioxide levels in the air are the highest they've been in hundreds of thousands of years.