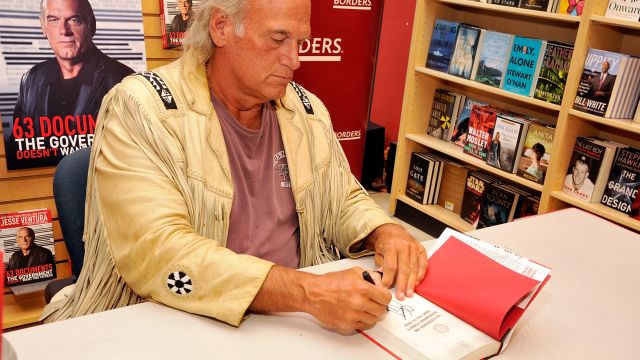 On Monday, a panel of judges threw out a 2014 ruling that ordered the Kyle estate to pay a total of $1.8 million to former Minnesota Gov. Jesse Ventura for defamation.

In his memoir, Kyle says he punched a man for making disparaging comments during another SEAL's wake at a California bar in 2006. Kyle claimed the man, whom he later identified as Ventura, said the SEALs "deserve to lose a few" in Iraq.

After the trial, the claim about the punch was pulled from future copies of "American Sniper," but Ventura says the damage had already been done. He says he can't go to SEAL reunions because the book ruined his reputation in the military community.

"The whole story was fabricated. I was accused of treason, which in the military is the death penalty," Ventura said in an interview with CBS.

It's not that Kyle's estate won because the book account was deemed true but because the 8th U.S. Circuit Court of Appeals ruled the trial wasn't carried out properly.

Most of the $1.8 million settlement came from a claim of unjust enrichment, essentially meaning Kyle shouldn't have profited at Ventura's expense.

But the judges said that doesn't apply in this case because in Minnesota, Ventura would need some sort of contractual relationship with Kyle to make a claim of unjust enrichment.

The panel also ruled the $500,000 defamation award should be remanded to district court for a new trial. The appeals court said Ventura's lawyers implied Kyle's wife, Taya, had insurance that would pay for the settlement, but the judges thought that "prevented Kyle from receiving a fair trial."