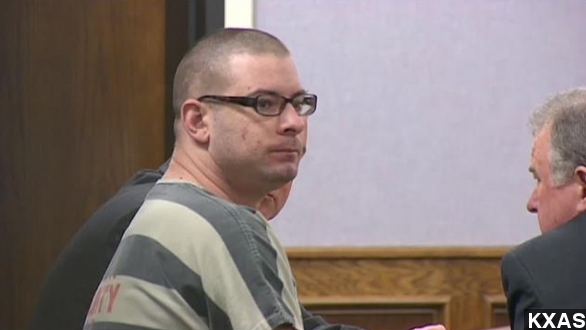 When the trial begins next week for the man accused of murdering Navy SEAL sniper Chris Kyle and friend Chad Littlefield, court officials will have trimmed down a group of 800 residents to a single jury.

It definitely won't be easy. The lawyer for Eddie Ray Routh has argued Kyle's fame will make finding a neutral jury a nearly-impossible task. And the jury's job will be equally difficult: trying to decide whether a mental illness played a role in Kyle's death. (Video via KDFW)

Kyle, the author of "American Sniper" and subject of the Oscar-nominated film of the same name, was an Iraq War veteran who detailed his struggles adapting to civilian life and founded several organizations meant to help others who faced the same challenges. (Video via TBS / "Conan")

That's what he was most likely doing the morning of February 2, 2013 when he and Littlefield took Routh, a former Marine, to a nearby shooting range. Routh's mother, knowing Kyle worked with troubled veterans, reportedly approached him for help.

Prosecutors say once there Routh turned his gun on both men, shooting them multiple times before fleeing in Kyle's truck. (Video via CNN / WFAA)

Routh's family says the murders followed a long history of troubling behavior. They claim Routh had been diagnosed with PTSD and had been hospitalized several times for making violent threats.

In an interview with the Daily Mail, Routh's father says he'd seen his son go into a panic over the sound of a nail gun next door, and that he'd been forever changed by a mission to Haiti. (Video via KTVT)

The Haitian earthquake in 2010 killed more than 100,000 people. Routh was part of a disaster relief mission, and according to his father wasn't able to cope with what he saw. (Video via The New York Times)

"He wasn't prepared for what he was doing out there — fishing hundreds of bodies — men, women, children — out of the ocean, piling them up and throwing them into mass graves."

The jury will have to decide whether these struggles were to blame for Kyle's death, or whether there was some other motive. Routh's lawyers say they plan to plead not guilty by reason of insanity.

Kyle's widow, Taya, has dismissed those claims, saying she doesn't believe PTSD drives a person to murder. She told the Los Angeles Times, "To try and even find an excuse is disgusting. ... I know people with PTSD, and it's very real and very hard. But it doesn't change your core character." (Video via Fox News)

Prosecutors aren't seeking the death penalty for Routh. Once the jury is selected, the trial is expected to last around two weeks.