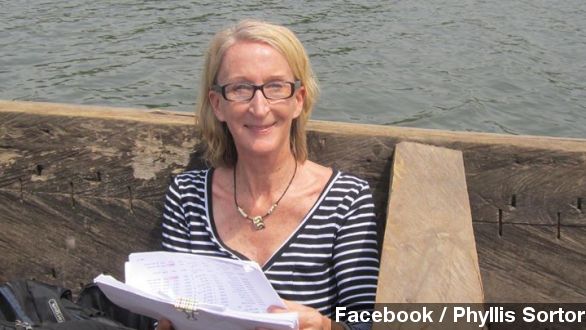 An American woman doing missionary work in Nigeria has been kidnapped.

"I am Phyllis Macy Sortor. ... I know that nothing can happen to me in my future that will ever defeat me with God by my side."

Phyllis Sortor was taken Monday morning from a school where she works.

Channels TV cites local police who say five gunmen had scaled the fence of the school and ran off with her.

Sortor’s church confirmed the abduction in a statement and said the FBI and State Department are working to find her.

So far, no group has claimed responsibility for the abduction. But it might only be a matter of time. Such kidnappings of foreigners are common in Nigeria, a country often described as the kidnapping capital of Africa.

Boko Haram gained notoriety last year when it abducted over 200 schoolgirls from their school in northern Nigeria. Only some have managed to escape. (Video via CBS / Boko Haram)

Boko Haram operates mainly in northeastern Nigeria, and Sortor was abducted in Kogi, in central Nigeria, where the group has less of a presence.

But Boko Haram has carried out attacks there before, including two raids on a prison in 2012 and 2014.

This video includes an image from Facebook / Phyllis Sortor.