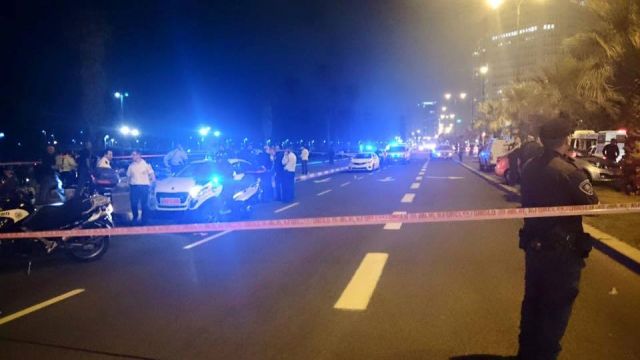 SMS
American Grad Student Fatally Stabbed In Israel During Biden's Visit
By Matt Picht
By Matt Picht
March 8, 2016
The stabbing spree, which killed one person and wounded 10 others, was later praised by Hamas.
SHOW TRANSCRIPT

A stabbing spree in Israel killed one American and left at least 10 people injured Tuesday. The attack took place about a mile away from a meeting between U.S. Vice President Joe Biden and Israel's former President Shimon Peres.

According to Israeli police, a Palestinian man from the West Bank attacked bystanders with a knife along a popular boardwalk in Jaffa before being shot and killed by authorities. The militant group Hamas has praised the attack.

Vanderbilt University announced the American killed in the attack was Taylor Force, a business graduate student on a university-sponsored trip to Israel.

Biden, who was visiting Israel to shore up increasingly fraying relations between the two countries, condemned the attack in a statement and said "there is no justification for such acts of terror."

For months, Israel has been plagued by a wave of near-daily violent attacks as tensions between Israelis and Palestinians strain even further. The Washington Post reports three other attacks took place in Israel on the same day as this stabbing.

This video includes images from Israel Police and Getty Images.