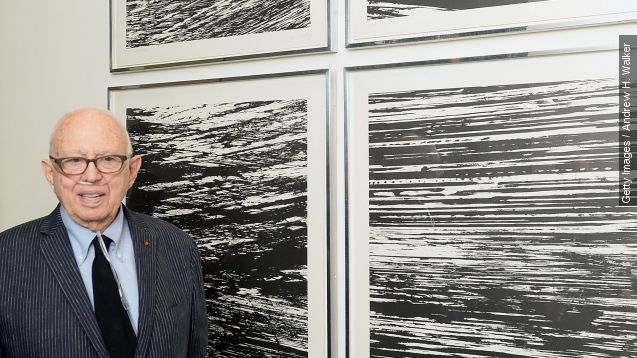 Ellsworth Kelly, an American artist known for bright colors, minimalism and abstract shapes, has died at 92.

Kelly served in World War II and studied at the School of the Museum of Fine Arts in Boston on the G.I. Bill. After the war, he spent time in Paris, developing his unique style. (Video via Matthew Marks Gallery)

"I wanted to do something that I hadn't really seen yet, that I had seen in fragments, here's the yellow, here's the blue," Kelly told New York States of Mind.

Kelly received the National Medal of Arts in 2012.