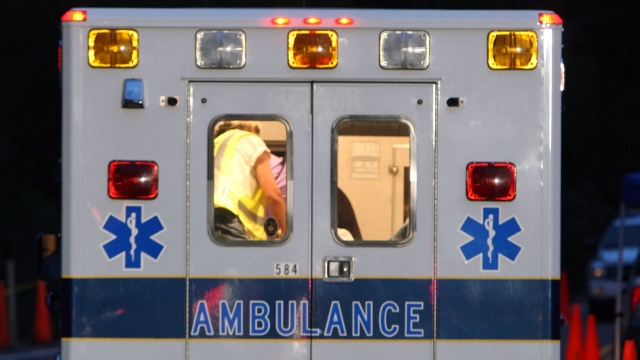 Authorities in Virginia are investigating how an ambulance driver managed to get lost on the way to the hospital with a dying man in the back.

Sequan Hall was shot Saturday morning out on a street in Alexandria. But during his ambulance ride to the hospital, authorities say they got a pulse and decided to head to a different hospital instead. Apparently that was confusing for the rookie EMT driving, and he didn't know how to get there.

Hall's mother, Patrice, was in the ambulance during the ordeal. She told WUSA: "They leave First Street going on Braddock Road. They get to Commonwealth Avenue and stop in the middle of the street."

She went on to say: "I can't imagine someone driving a EMS truck, an ambulance, and not knowing how to get to the hospital."

So instead of continuing to drive, he switched spots with another EMT, who took the ambulance the rest of the way, where Hall later died. Authorities said the confusion caused a 30-second delay and the entire transport time was 11 minutes.

At this point, the investigation is so early it's impossible to tell how much the confusion might have changed the outcome, but the Alexandria fire chief told WUSA it could lead to policy changes for newer drivers.

Patrice Hall says her son's death was the result of "a vigilante shooting due to misinformation regarding a previous incident that he was never charged nor had anything to do with."

This video includes clips from WUSA and WTTG.