Amber Rose Brings Her Brand Of Feminism To SlutWalk 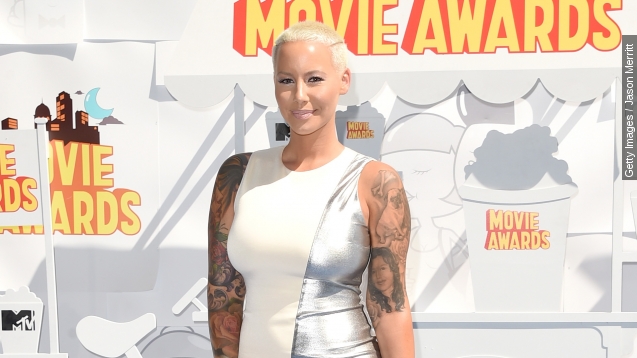 SMS
Amber Rose Brings Her Brand Of Feminism To SlutWalk
By Eugene Daniels
By Eugene Daniels
October 4, 2015
Model and TV personality Amber Rose led a SlutWalk Saturday, just one of the many ways she's showcasing her type of feminism.
SHOW TRANSCRIPT

Model and TV personality Amber Rose was the talk of social media after her inaugural "Amber Rose SlutWalk" Saturday.

"It's about every equality issue us women deal with on a daily basis," Rose said on the talk show "The Real."

The event took place Saturday in Los Angeles, with hundreds of people showing up to support the cause. (Video via KCBS)

SlutWalks started in Toronto in 2011 as a way to protest slut-shaming and the victim blaming of sexual assault survivors. (Video via CTV)

Heather Jarvis, the co-founder of the SlutWalk told ThinkProgress, it's "been a huge learning curve for a lot of people involved in feminism. You have to make sure you’re having complicated conversations because we’re complicated people.” (Video via TED)

And if Rose is anything, she's definitely complicated and polarizing. She's probably most well known for her relationships and her Instagram page, which is full of people criticizing her clothing choices. (Video via Ora TV)

Which kind of makes her a perfect person to head up an event like a SlutWalk.

And this isn't her first rodeo; Rose constantly speaks out on feminist issues. (Video via Entertainment Weekly)

At this year's VMA's Rose and model Blac Chyna showed up wearing outfits covered in the derogatory words they'd been called.

"We're just embracing the negativity ... because we're always labeled as a slut because we're sexy and we're sexual beings and we just got to the point where we're just over that," Rose told Etertainment Tonight at the VMA's.

And in September, she starred in a Funny or Die skit that turned the idea of a "walk of shame" into a "walk of no shame," where instead of being judged of by her neighbors, Rose was complimented for celebrating her sexuality. (Video via Funny or Die)

The way Rose displays her feminism may not be everyone's cup of tea, but her actions actually fit within the dictionary definition of what a feminist is.

"Feminist. A person who believes in the social, political and economic equality of the sexes," Chimamanda Ngozi Adichie said in a TEDx Talk in 2013.