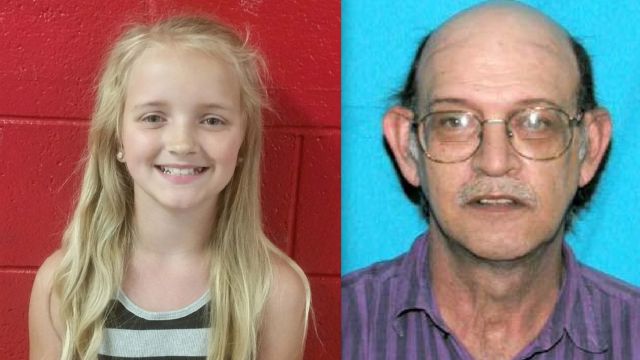 SMS
Amber Alert Ends After 9-Year-Old Carlie Trent Is Found Safe
By Grant Suneson
By Grant Suneson
May 12, 2016
An Amber Alert was canceled after a Tennessee girl was found safe. Authorities say her uncle kidnapped her from school last week.
SHOW TRANSCRIPT

Carlie was taken from her school in Rogersville, Tennessee, by Gary Simpson, her uncle through marriage, investigators said. Simpson reportedly lied to school administrators and said the girl’s father had been in a car wreck to get her out of class.

The Tennessee Bureau of Investigation asked the public to search wooded and rural areas after Simpson was spotted buying camping gear. And that's where two men found them.

Police said the men found Simpson and Carlie in a remote area of their property Thursday. One held Simpson at gunpoint until authorities arrived.

A member of Carlie's family said she's being taken to a hospital as a precaution and that everyone is happy she’s safe. Authorities said Simpson will face an aggravated kidnapping charge, and they’re investigating whether they need to pursue any additional charges.

This video includes clips and images from Tennessee Bureau of Investigation.