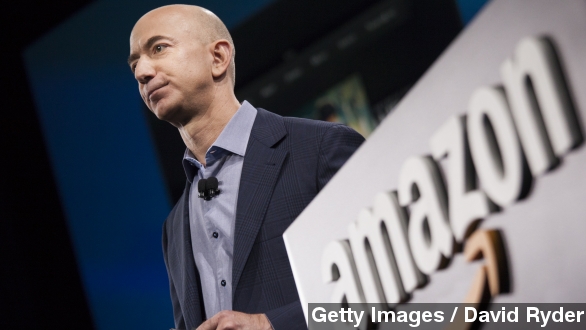 If there's a tech company out there, chances are Amazon — or an arm of the e-commerce company — will be a competitor.

That might not be the most creative name for an at-work email product, but Amazon is touting its new service as easier to use, more secure and less expensive than its main competitors, Google and Microsoft.

According to Amazon's release, WorkMail will allow consumers to use the same "email applications they use today (Microsoft Outlook, their Web browser, or their native iOS and Android email applications)." If using another application, the look will stay the same, but underneath, Amazon will be shuttling information back and forth.

Several tech writers point out that this move by Amazon expands the company's enterprise software offerings, products that are meant for organizations instead of individual consumers. AWS already powers consumer brands and government agencies, like these shown on their website.

While AWS expects to increase revenue by at least $1 billion this year, an analyst with a research firm told The Wall Street Journal Amazon's break into the email game could be a tough one because of Google and Microsoft's current dominance.

Amazon WorkMail will cost $4 per user per month, and each user gets a 50 gigabyte mailbox. A preview of WorkMail is available now, but the service won't fully roll out until sometime between April and June.