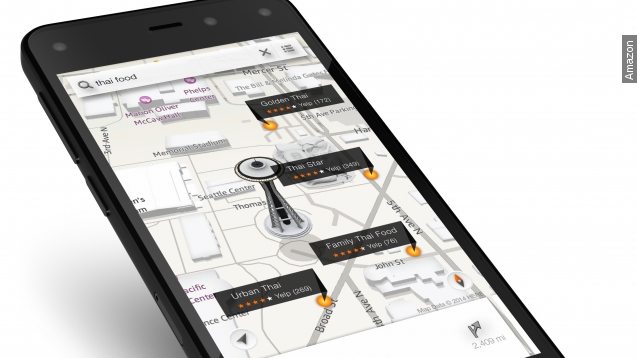 Recognize this phone? It's a safe bet you don't. This is Amazon's Fire Phone and, to put it bluntly, it was a huge flop. Originally offered at a premium $200 pricetag, Amazon eventually slashed the Fire Phone's price to a meager 99 cents.

According to data gathered by The Verge, the Fire Phone cost Amazon about $170 million in losses. And when all was said and done, the company had $83 million worth of Fire Phones sitting in its warehouses.

So it comes as no surprise Amazon is downsizing its hardware lab, Lab126, which created the Fire Phone.

The Wall Street Journal reports "dozens of [Lab126] engineers" have been let go. What's more, it has also slowed development — or canceled entirely — a number of tech projects, including a projector, a stylus and a tablet device.

According to the Journal, "The job cuts at Lab126 stem in part from a broad reorganization at the unit ... The changes left some workers with loosely defined or redundant roles and ... have led to a high turnover rate in recent months."

But that turnover isn't based solely on the Fire Phone flop. Lab126 lost a high-profile engineer to Yahoo, and reports suggest morale is low in the division over concern "the main focus of Amazon's hardware efforts are just to drive retail purchases from the site."

It's no secret Amazon sells the devices it makes with super-thin margins, hoping to make up for the slim profits with sales on Amazon.com.

The idea is for customers to pay a relatively inexpensive price for Amazon's tablets, voice-controlled speakers and other gadgets, and then use those devices to buy media, products and services from Amazon.

Still, despite low morale and high turnover, the company isn't ready to leave the hardware game just yet. The Journal reports Amazon is working on a "high-end computer for the kitchen." Because who doesn't need a high-powered computer in their kitchen?

This video includes images from TechStage / CC BY ND 2.0 and Amazon.