Amazon Pulls Majority Of Hoverboards Due To Safety Concerns 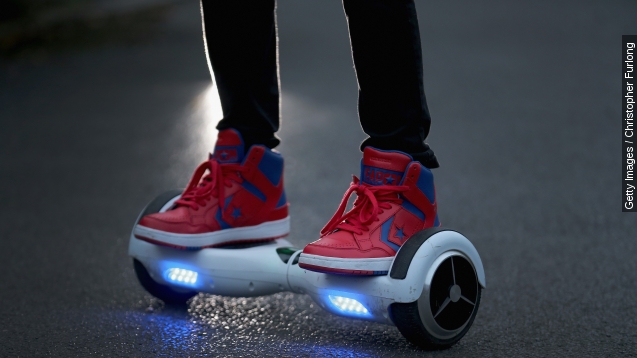 SMS
Amazon Pulls Majority Of Hoverboards Due To Safety Concerns
By Ryan Biek
By Ryan Biek
December 14, 2015
After a series of explosions, fires and injuries from boards made by various manufacturers, Amazon has stopped selling most models.
SHOW TRANSCRIPT

Amazon has stopped selling a majority of its hoverboards on its U.S. and U.K. websites following a series of explosions and fires linked to the devices. (Video via Amazon.com)

The news first broke on gadget site BestReviews, and major hoverboard seller Swagway later confirmed it to The Verge in a statement.

"Amazon just sent out a notice to all 'hoverboard' sellers to 'provide documentation demonstrating that all hoverboards you list are compliant with applicable safety standards.' ... Swagway ... is happy that Amazon has decided to take steps to weed out the low quality boards."

The U.K.'s National Trading Standards deemed 15,000 hoverboards unsafe due to "issues with the plug, cabling, charger, battery, or the cut-off switch within the board, which often fails."

And in the U.S., there have reportedly been roughly 30 hospitalizations on account of the gadgets, including trauma to the head, arms and legs.

Quartz reports part of the problem has been a three-way patent dispute, which has prompted many importers to race to make a profit during the legal ambiguity, often building their hoverboards with unregulated Chinese parts. (Video via CNET)

Amazon is still selling some hoverboards; however, the U.S. site features models mostly from Razor and Jetson. Other manufacturers must pass tests conducted by a third party. (Video via Razor)