Amazon Has The Goods; Now, Services Might Stabilize Profits 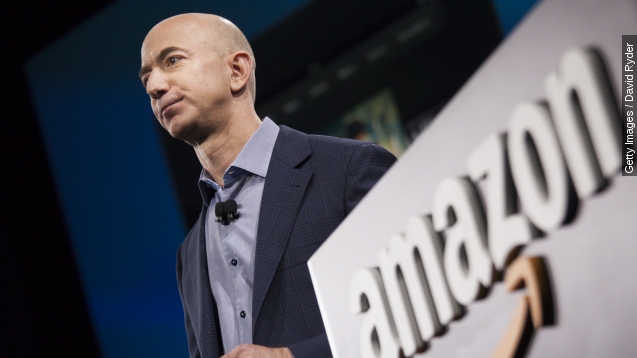 SMS
Amazon Has The Goods; Now, Services Might Stabilize Profits
By Ben Lawson
By Ben Lawson
July 22, 2015
Hungry for sustainable profit, Amazon expands its Home Services, another push from the company to disrupt an existing market.
SHOW TRANSCRIPT

Amazon will do anything to turn a profit — even find someone to clean your house.

Amazon has expanded its home services to 11 more U.S. cities. It's essentially a hub to connect customers with service contractors, like plumbers and painters.

This is all part of Amazon's broader push for sustainable profit. Its earnings report for the first quarter of 2015 reported higher net sales than expected at $22.72 billion.

Lately, it's been working very hard to diversify its business with varying degrees of success.

And most of those efforts outside of its main retail business have been aimed at disrupting existing markets.

Its most recent effort, Home Services, clearly has Yelp and Angie's List in its crosshairs. But Amazon is going a bit further than those sites by vetting each contractor itself, rather than relying on user reviews.

It also has its suite of hardware devices. There's the Fire phone, the Kindle tablet, the Fire TV stick and more. With plenty of similar products on the market, those devices aren't always successful.

Then there's Prime and its suite of offerings. Beyond drumming up more sales for retail, it has a music streaming and video service. Music streaming doesn't seem to be a big hit, but its Instant Video has been able to generate buzz by following in Netflix's footsteps by offering exclusive and original content.

There are rumors Amazon has several more irons in the fire, but it's next big push for growth will reportedly be expanding its core retail business in Latin America.

This video contains images from Getty Images and music from Podington Bear / CC by NC 3.0.