Amazon Changed The Way We Shop, For Better Or Worse 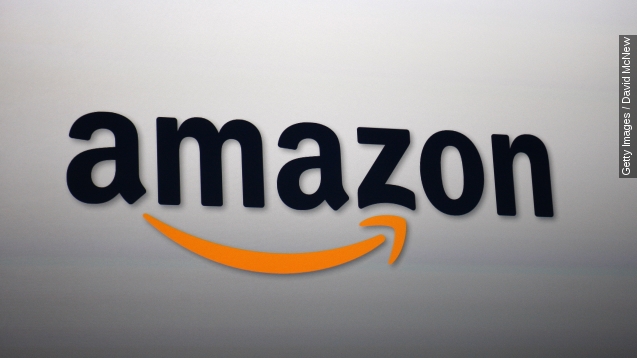 SMS
Amazon Changed The Way We Shop, For Better Or Worse
By Leah Becerra
By Leah Becerra
July 12, 2015
In its 20 years online, Amazon has changed the way we shop and inspired an army of imitators.
SHOW TRANSCRIPT

Amazon turns 20 this month, and I'd like to take this opportunity to talk about the ways the company has, for better or worse, changed the way we shop.

When Jeff Bezos started Amazon in July 1995, he focused on books; paper books.

Later, that business morphed to selling e-books and the creation of a shopper who knew they could get what they wanted, when they wanted it. Without even driving to the store. (Video via Amazon)

"In the car on the way here I downloaded it onto my kindle and it was there in less than 60 seconds. It's one of the great things about electronic books — they don't go out of stock," said Bezos.

Eventually, Bezos' business started taking sales from its competitors. Some, like Borders, were forced to close up shop because they just couldn't compete. (Video via CNN, WPRI)

Another tactic that helped Amazon's rise to the top is one-click shopping. Bezos knew how powerful this tool would be to the future of online sales. So, in 1997, he filed to have the idea patented. (Video via Amazon.com)

When the patent was approved in 1999, it was bad news for competitors like Zappos or Ebay. The simpler it is to purchase an item, the more likely a shopper is to buy and then shop again.

Probably Amazon's most winning idea, the gift that keeps giving for customers as well as the company itself, is Prime Membership.

At first, it was a way to get fast shipping for less money and get special deals for avid Amazon shoppers. But as the company added more features to its web empire — like the ability to listen to books or stream popular TV shows and movies — those features were also rolled into Prime.

"For a lot of people, it's actually easier to shop on Amazon than it is to shop at stores. ... They made it seem like a waste of my time to go to Target for toilet paper or toothpaste," said Marketplace's senior tech correspondent Molly Wood.

Other businesses have caught on and started to try membership plans of their own. The most notable of these belongs to Walmart.

Engadget reported the new service would begin testing this summer and cost about half what Amazon charges for its annual membership. But for Walmart and others, it might already be too late.

In January, Investor's Business Daily said Amazon's Prime subscriber numbers, just for the U.S., were up 50 percent from one year prior, totaling somewhere around 40 million subscribers. For comparison, Netflix has about 39.1 million domestic subscibers.

Amazon's July 15 birthday bash, taking the form of a massive sale, will likely help the company boost those Prime subscriber numbers even higher. And it might also lead more people to get hooked on Amazon's style of shopping.