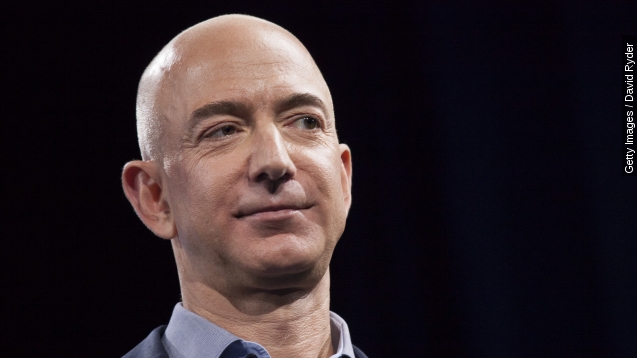 The Times spoke to around 100 current and former Amazon employees who were critical in their descriptions of the work environment. One woman said she "was put on a 'performance improvement plan'" after she was diagnosed with breast cancer, while another said employees are expected to work 80 hours a week. Employees also reportedly "frequently sabotage" one another because they're encouraged to provide feedback to their colleagues' bosses. (Video via Amazon.com)

GeekWire obtained an email sent to all Amazon employees from Bezos which reads in part, "The article doesn't describe the Amazon I know or the caring Amazonians I work with every day."

He encouraged any employees who knew about the harsh practices described in the New York Times article to email him and the HR department, saying "Even if it's rare or isolated, our tolerance for any such lack of empathy needs to be zero." (Video via Amazon.com)

Bezos also included the link to another response to the New York Times article from Amazon's head of infrastructure and development — published on LinkedIn.

The LinkedIn post denies most of what The New York Times wrote by insisting the writers must not have fact-checked their work.

The New York Times has since written a response to that LinkedIn article, pointing out that while he denied Amazon has an annual "culling of the staff," a company spokesperson did confirm to The New York Times that Amazon "manages out a pre-determined percentage of its workforce every year."