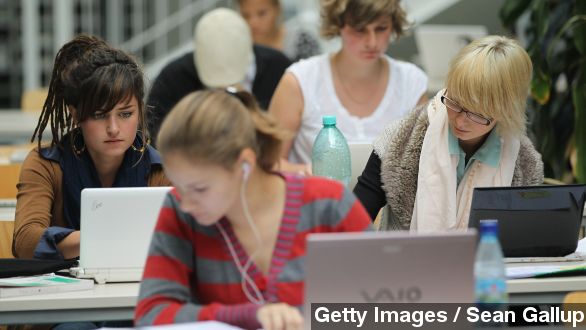 More than 5 million people in the U.S. suffer from Alzheimer's disease, and on average those who do develop it tend to be around 65 years old.

But a new study out of Northwestern University says an abnormal protein associated with the disease has been discovered in the brains of people as young as 20.

Researchers studied neurons from the brains of 50 deceased individuals between the ages of 20 to 95. Of those, 21 had Alzheimer's.

And what they discovered is that not only was the protein, called amyloid, discovered in the neurons of those with the disease, it was also found accumulating in clumps in some of the younger patients.

The BrightFocus Foundation explains amyloid is a protein that's produced by everyone. But in Alzheimer's patients, it's been found that amyloid builds up around the brain's neurons, creating a plaque that interferes with the nerves.

"Discovering that amyloid begins to accumulate so early in life is unprecedented. ... We know that amyloid, when present for long periods of time, is bad for you," the study's lead researcher said in a press release.

Now, the amyloid plaque found in the younger patients was smaller than those found in the older ones and the ones with Alzheimer's.

HealthDay spoke with a neurology professor who is cautious about the findings, pointing out the Northwestern researchers only looked at a small group of brains and at a specific type of neuron.

Time reports the researchers believe that removing the amyloid plaque early on, even in those who have a history of Alzheimer's in their family, could slow down the disease.

The study was published in the journal Brain.