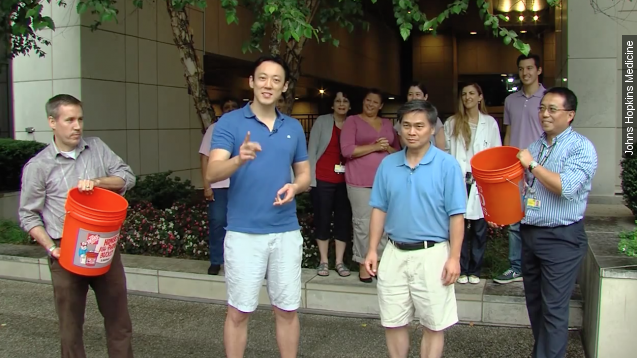 Back when this was all over your Facebook, a lot of people said it wasn't going to do any good.

But $220M later, some Johns Hopkins ALS researchers have a message.

"We've recently made a big breakthrough for ALS..."

In a Reddit AMA, the researchers wrote, "I remember reading a lot of stories about people complaining that the ice bucket challenge was a waste and that scientists weren’t using the money to do research, etc. I assure you that this is absolutely false."

"There's this protein called TDP-43 that doesn't seem to be doing its job in the neurons of ALS patients, and for the past decade we've been trying to figure out exactly what it's doing. And now I think we finally figured it out, and the best part is it can be fixed."

The study was published in the journal Science.

"Of course, there is always more to be done so please consider donating."