A Ton Of Democrats' Personal Information Just Got Leaked 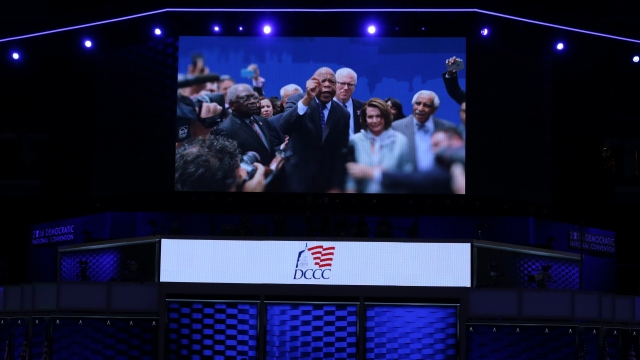 SMS
A Ton Of Democrats' Personal Information Just Got Leaked
By Ethan Weston
By Ethan Weston
August 13, 2016
A hacker who goes by "Guccifer 2.0" has claimed responsibility for the leak.
SHOW TRANSCRIPT

The hacker "Guccifer 2.0" has claimed responsibility and is believed by some U.S. intelligence officials to be tied to Russian intelligence services.

This leak isn't as embarrassing as the Democratic National Committee documents WikiLeaks released last month. Former DNC chairwoman Debbie Wasserman Schultz stepped down after that one.

Still, it seems like the hacker wants to taunt Democrats and is claiming to be behind other similar hacks.

The first line of a recent blog post by "Guccifer 2.0" reads: "It's time for new revelations now. All of you may have heard about the DCCC hack. As you see I wasn't wasting my time! It was even easier than the case of the DNC breach."

The hack of the DCCC — or Democratic Congressional Campaign Committee — refers to what happened last month during the Democratic National Convention.

Experts can't currently verify the identity of Guccifer 2.0, but the name is a reference to a Romanian hacker known as Guccifer who hacked politicians like George W. Bush and George H.W. Bush.

And WikiLeaks founder Julian Assange confirmed that his organization isn't out of material on Hillary Clinton.

"We have more material related to the Hillary Clinton campaign. That is correct to say that," Assange told CNN's Anderson Cooper.

Authorities still aren't sure of the motive for these hacks.